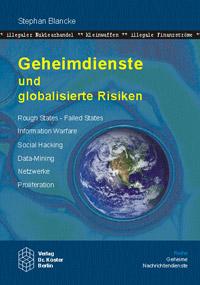 More than twenty experts from all over the world take a look at one of the most mysterious and vibrant regions when it comes to intelligence and organised crime: East Asia. Scientists, journalists and practitioners describe the reasons for current developments and analyse future problems – not only for East Asia, but for Western intelligence and police agencies as well.

“Asia is among the most important regions for not just for economic but also for strategic security issues. Almost 20 international experts allow exclusive and up-to-date insights into the security and intelligence world. They also focus on cyber and organised crime, both with serious impacts for Europe. The expert opinions of this study contribute notably to our to understanding of security structures, policies and mindsets as well as of those who challenge them in and out of China, Japan, Mongolia, South and North Korea.”
(Dr. Christian Ehler, Member of the European Parliament, 1st Vice Chairman SC Security & Defence, and EP-Delegation for Relations with the Korean Peninsula)

“Stephan Blancke’s book reveals in-depth expert opinions as to the intelligence communities and organised crime scene of East Asia’s most important nations. Though some is known about China’s or Japan’s security apparatus, Mongolia and North Korea have mostly remained in the dark, at least until now. It is as faszinating as informative to read these current studies by such a variety of well-respected authors and scholars.”
(Dr. Bodo Wegmann, Member of the Board and CEO of the Forum Intelligence Services in Germany)

“Blancke’s East Asian Intelligence and Organised Crime is a fascinating and excellent book. The beauty of his book lies in its exploratory examination of the most politically sensitive areas: intelligence agencies and serious organized crime in East Asia. ”
(Dr. Peng Wang, Assistant Professor of Criminology at the University of Hong Kong)

China
Susann GRUNE
The Role of Guanxì for Doing Business in China. A Theoretical Approach

Simon HALL
Japanese Intelligence in Manchuria through the Russo-Japanese War: An Overview

Jens ROSENKE
The Long Way to get the Control of the NIS. A short Case Study of South Koreas National Intelligence Service